There are so many fun runs coming up this Fall in San Diego, and I really want to sign up for at least two of them…I’d like to do another mud run, as well as a bubble run or something silly.

Fun runs are super easy to do, being only a 5k (3 miles), and they actually seem a lot shorter when you’re running them due to how crazy fun they are (especially if you’re doing it with friends..bonus points for fun!). I’ve done the Color Me Rad 5k and the Rugged Maniac 5k so far, and I just realized I haven’t talked at all about the rugged manic 5k John and I did last year in Portland! 🙂 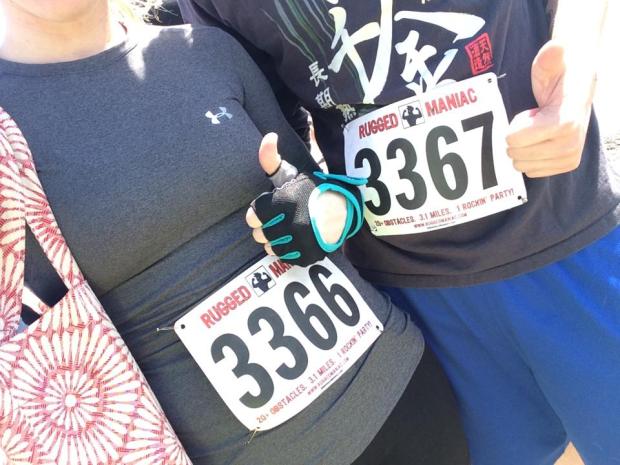 This is the first race we did together, and let me tell ya…if you’re going to do an obstacle course mud run, you definitely want to train for it and have someone do it with you. The former is a “duh” obvious, and the latter is because doing it with friends is a lot more fun 🙂 We trained for it for about 3.5 weeks prior to the race, doing strength training, cardio, agility training, etc. and it totally paid off. We finished the race in about 35 minutes which is relatively fast when including all the obstacles we had to conquer.

There were huge A-frames we had to climb up and throw ourselves over, ropes to climb up and walls to leap over, huge trenches to hurdle over and–the most fun–mud pits to wade through. If we hadn’t trained for it, I’m sure we would’ve died trying to climb over the first 8-ft A frame. 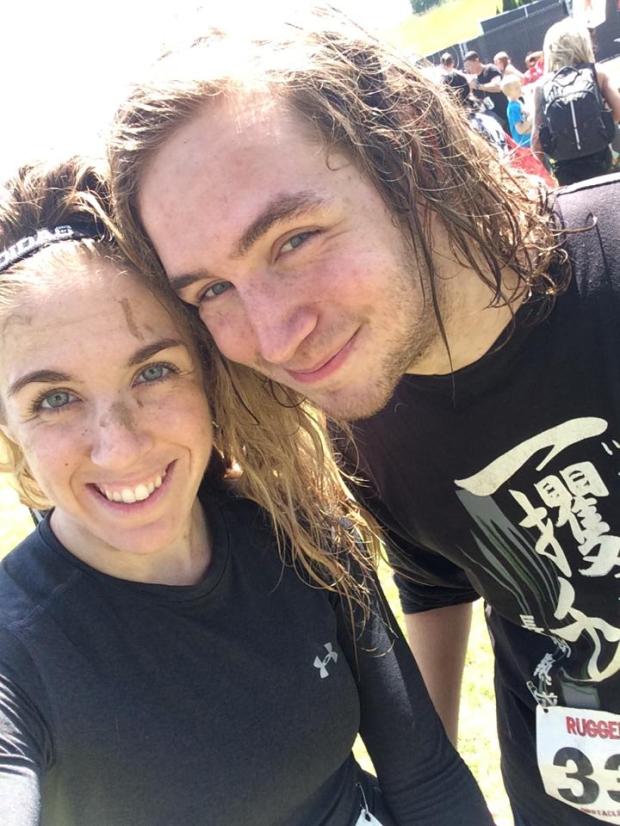 Here are some tips to conquering your first (or second, because by the third it will be cake) mud run obstacle course:

1.  Buy some workout gloves! Your hands won’t get blistered, it will be much easier to climb the ropes and grab on to the wood beams. Trust me we saw people without gloves on and their hands were super cut up by the end of the race.

2.  Wear tight-fitting clothing, if you’re going to wear any clothing at all: Unless you’re going for spandex and a sports bra (which some women did, but ouch for their tummies over the F-frames and walls). I wore an under armour compression shirt and it didn’t get heavy at all throughout the race, unlike John’s cotton T-shirt…dudes, word of advice: either go shirtless, or wear a compression shirt. Otherwise after the first half a mile you’ll weigh an extra 5 lbs with all that mud caked to your t-shirt.

3.  Run in shoes you won’t mind tossing at the end of the race: The Rugged Maniac had bins where you could toss (aka: they will recycle) the shoes you ran in since the mud and fire you ran through will pretty much have destroyed them.

4.  Bring extra water, preferably by the gallon. You won’t want to drive home caked in mud and have it get all over your car. Which brings me to my next tip:

5.  Bring a few towels so that you can sit on them so your car won’t get super dirty, and to dry off after you showered off via your gallon water jugs. Also, a change of clothes. SO glad we brought extra clothes OMG.

6.  Train, train, train. Like I mentioned earlier, if we hadn’t trained for this race we would’ve had a harder time getting through it due to the amount of physical activity required. Not only do you have to run a 5k, you have to carry heavy weight, hurdle over fire and deep trenches, climb up and down tall and taller wooden walls and A frames, scale mud banks, monkey bar over a mud pit, balance on thin beams over more mud pits, wade through mud pits, all while trying to keep a decent pace time and RUN not walk.

John and I followed a training guide that the Rugged Maniac’s website offered (there were beginner/intermediate/and advanced training); we followed the intermediate training. It totally helped and got us whipped into shape too! 🙂 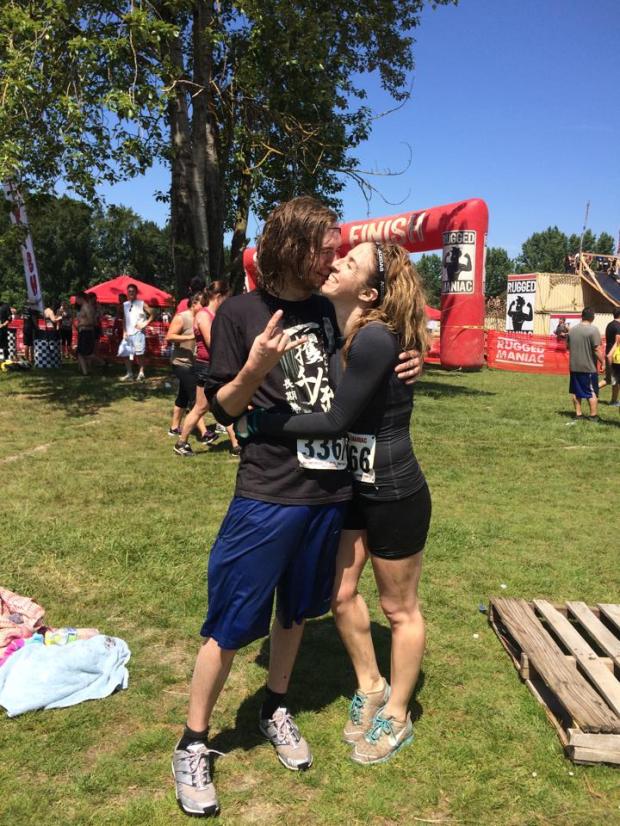 What fun runs are YOUR favorite to do? 🙂 Which ones are you going to sign up for this fall?

Sharing is caring! Spread the word:

My Mission: The Mini Apartment Blog exists to serve women during the most magical moments of your everyday. Here you will be inspired to live vibrantly, thrive throughout any season, and be intentional in all that you do + create.